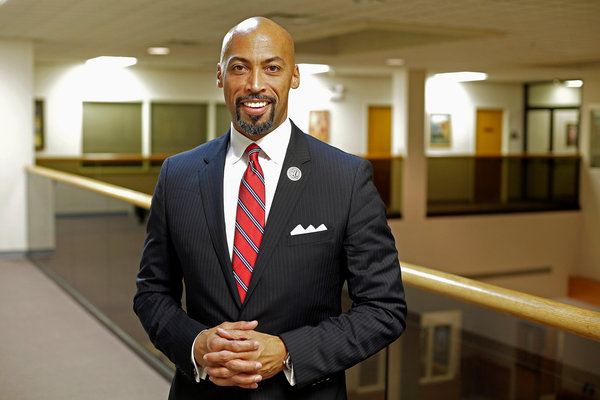 For Ms. Anderson, buying black presented multiple challenges. She purchased gas from a black-owned Citgo gas station 35 miles away from her home in Oak Park, Ill. Because that was inconvenient, she eventually bought gas cards from a black-owned store and used them at a station near her home. Finding a black-owned grocery store, bank and other establishments was more challenging than she had expected.

“When I think back on that year, driving was the least of it,” said Ms. Anderson, a lawyer with a master’s degree in business administration. “It was heartbreaking taking in how the West Side and the South Side used to have so many business owners, and now most of those businesses are owned by outsiders.”

Critics of Ms. Anderson’s book said she was discriminating by refusing to buy from businesses owned by whites and other ethnicities. And some argued that promoting black-on-black business could do more harm than good if it discouraged black entrepreneurs from trying to serve all consumers.

But Ms. Anderson says that her goals are inclusive, and that she has also sought to encourage companies in industries like fashion, entertainment and liquor that profit from black clientele to do more to support black communities and do business with black suppliers.

She noted that black-owned businesses employed high percentages of black people, multiplying the benefits of buying from them.

“At first, I did take it personally that people would call us racist,” Ms. Anderson said. But “if we want to create jobs in the black community, we have to support black businesses.”

Spurring job creation in the black community is one of her goals. A study by the Kellogg School of Management at Northwestern University found that between half a million and a million jobs could be created if higher-income black households spent only $1 of every $10 at black-owned stores and other enterprises.

“The million jobs will only happen if collectively the black community worked to invest more of their spending with black-owned businesses,” Ms. Anderson said at the meeting, a stop on her $50 Billion Empowerment Tour, a 20-city tour with Eugene Mitchell, a corporate vice president and African-American market manager at New York Life. “There’s a lot that we can do if we make small sacrifices.” 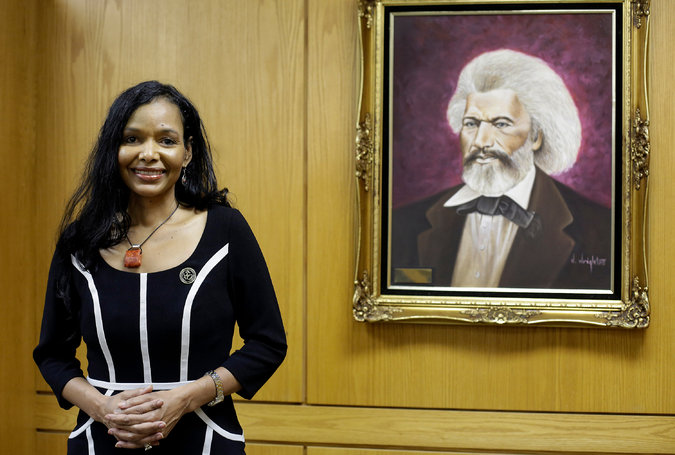 Maggie Anderson and her family spent a year buying only from black-owned businesses. Credit Joshua Lott for The New York Times

But that is only part of the challenge. Though statistics showthat black incomes and higher education rates are rising, working hard and investing more in the black community will not be enough to level the playing field, according to Darrick Hamilton, an associate professor of economics and urban policy and director of the Milano Doctoral Program at The New School in New York.

The relative dearth of black businesses stems in large part from the lack of wealth built up over generations and the limited access to capital, Mr. Hamilton said. “We often think of slavery as the only point of departure, when in fact it was many policies that took place after the Great Depression and after enduring World War II that created a white asset-based middle class,” he said.

Findings from the Pew Research Center show that income gains for black households have not narrowed the wealth gap.

Even though African-American income growth outpaced that of whites, the median net worth of black households in 2011 was only $6,446, a decline of nearly 10 percent from 1984, when it was $7,150 in inflation-adjusted dollars. By contrast, the median net worth for whites, already far higher than for blacks, rose 11 percent to $91,405 over the same period.

On average, business equity was the second-biggest asset class among whites, after personal homes, but it was the least valuable asset for blacks, accounting for less than 4 percent on average.

Discriminatory lending practices and mishandled policies have led many blacks to distrust conventional financial institutions, Mr. Mitchell said. “For 250 years, we had no opportunity to create wealth; we created wealth for others,” he said. “There’s been a lot of distrust and miseducation.”

Among black business owners, generating capital requires unusual creativity and initiative. Chris Brown, an entrepreneur who runs a fitness gym, an online T-shirt creation website and an online boat rental service, said running multiple ventures allowed him to generate enough revenue to create his own “bank,” or pool of investment capital, rather than seeking financing elsewhere. And to succeed, he said, he looked beyond the black community.

A former Marine, Mr. Brown started with The Boot Camp Guy, a fitness center on Chicago’s South Side. In addition to his service in the Marines, Mr. Brown attributes his ability to relate to customers from widely varying backgrounds to his childhood experiences traveling with his stepfather, who was an executive with the Peace Corps.

“I’ve found a way to break down the barrier where they’re not looking at a black male,” Mr. Brown said. “They’re looking at a person that lived in a country that’s very culturally similar to what they’ve experienced.”

Still, subtle biases can prevent nonblack customers from patronizing black businesses. In a 2010 study, “The Visible Hand: Race and Online Market Outcomes,” advertisements for a new iPod were posted online, and the ads showed the hands of a black person, a white person without a tattoo and a white person with a tattoo holding the new iPod.

The study found that discrimination was greater in markets where black and white residents were geographically isolated from one another. Black sellers were offered less money and respondents to black sellers exhibited lower trust.

For African-American communities, black support for black-owned businesses is critical to their survival, said Veranda Dickens, chairwoman of Seaway Bank, which is based in Chicago, was founded in 1965 and is now the third-largest black-owned bank in the country, behind Liberty Bank & Trust and One United Bank.

“The mission is still as important today as it was 50 years ago,” Ms. Dickens said.

Ms. Anderson said she was developing Maggie’s List, an online guide to help consumers find black-owned businesses, which she hopes to have running in six to eight months.

Her black year “was hard, because I tried to do it 100 percent, but there are little things that we can do to increase our spending with black-owned businesses,” Ms. Anderson said. “Once you get started, it gets easier and easier.”

Health Services Profile: We are pleased African Services Committee (ASC) to... We are proud to announce the support of Carver Bank for the 2nd African Union...
Scroll to top